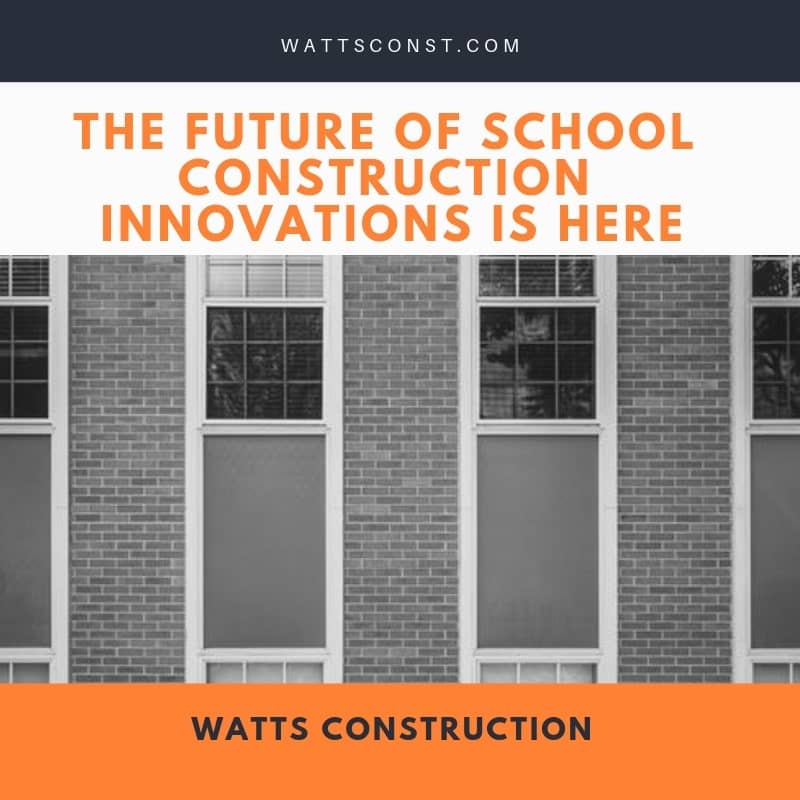 The Future Of School Construction Innovations Is Here

When we talk about school and education reform, we aren’t normally referring to innovations in school design and construction; we usually mean changes in teachers’ salaries, curricula, technology, or teaching techniques.  But, unfortunately, these well-intended ideas often are hindered by being forced into the same-old school buildings with square, concrete classrooms, hallways, and lunchrooms. It takes an open mind to consider what innovations in school design and construction would do to enhance the efficacy of educational reforms.

Conventional school construction has included hallways which take up a large percentage of a school’s square footage; and in most cases, this doesn’t have to be the case.  Why not build a centrally-located corridor that is spacious with natural light and has places for students to sit, read, or discuss schoolwork in groups? School construction designers could include a corridor (galleria) which branches off to open classrooms with transparent walls.  Transparency enables teachers to see what each other is doing and exposes unruly students to more public embarrassment for their behaviors. It also encourages consistent, professional behavior among teachers and protects them from false accusations by resentful students and unfounded lawsuits.

In states like California, where climate allows outdoor passage from one classroom to another, traditional hallways don’t exist.  For sheltering blocks of student lockers, a few feet of awning overhead suffices to keep the rain off students at their lockers. Classrooms are found in subject buildings scattered over the outdoor campus: math building, science building, etc.  This saves money in school construction costs over the conventional, large, enclosed school building, but does not address the value of classroom transparency.

Outside San Diego, California is High Tech High School, where most walls consist of large sheets of glass.  Partitions are mobile and shifted as necessary to allow teachers to combine groups and learning activities. Teachers said the design has inspired them to work more effectively as teams.  The environment requires transparency and sharing.

Like a home, whose living room can be easily converted to a bedroom, school construction can allow for sections in schools to be versatile in function and purpose.

The Investments In Computers

In the 90s, school districts eagerly jumped on the computer bandwagon to keep up with other schools who believed the new technology would boost student learning; however, without efficient facilities and strategies for optimal implementation, the computer rooms were sometimes fraught with more learning hindrances than enhancements.  One example is a computer room with windows that bring glare off the monitor screens with little to no feasible way to prevent it. If school construction designers had planned for such a technology room, options for dealing with natural and electrical light could have been effectively addressed.