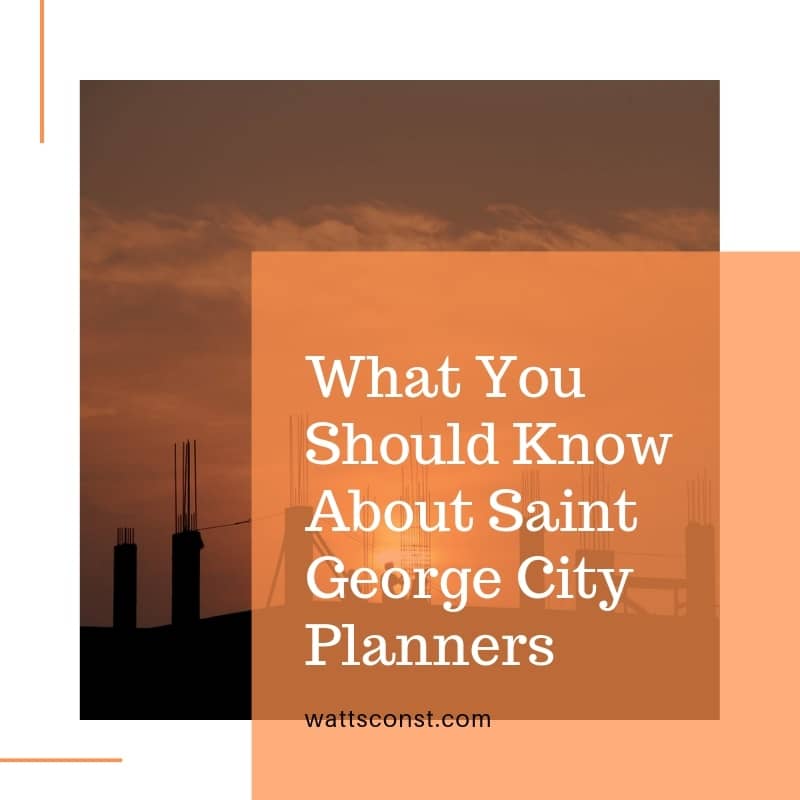 What You Should Know About Saint George City Planners

The executives who work in the St. George Public Works Department are known as city planners.  They have different fields of expertise and varying levels of education, but as committees, they make very important decisions on how to use the city’s land and resources.  Without them, chaos would reign in St. George, as well as in any city. Here’s what you should know about St. George city planners.

What Do City Planners Do?

City planners design and carry out government plans or policies with regard to zoning for commercial and residential uses, public utilities, community facilities, housing, land use, and transportation.  They supervise the work of city planning technologists. They create or modify plans that affect growth strategies, economic development, disaster preparedness, and redevelopment. Planners work in cities, suburbs, and county or rural areas.  They help draft legislation, plan the construction of new public housing or other special buildings, and help to protect the environment.

What Education Is Required For Them?

Typically a city planner has a master’s degree in urban design or geography, and a few states require professional licensure, for which they have to pass exams.  Students of urban design also take courses in architecture, earth science, geography, economics, organizational behavior, and law. City planners earn about $70,000 per year on average.

How Do They Fulfill Their Responsibilities

Planners spend a lot of time discussing with other professionals in public meetings with land developers, lawyers, special interest groups, and government officials.  They study their city’s population and use of land through field investigations, surveys, and other research methods. They analyze data by a computer to chart maps of land in and around the city and to predict project costs and trends.  They write reports about infrastructure and characteristics of the population. They also often have input in city council meetings, where developers and contractors submit proposals for new or renewed projects, such as schools, recreation centers, distribution facilities, and housing.

Years of planning contributed to the highway and freeway systems of Saint George.  City planners sought advice from many engineers and transportation experts in preparing for and constructing the access routes to I-15 and other major roads in Washington County.  What were once partial roads with dead ends have been developed according to plan to provide better access to business districts and residential areas.

Without Saint George city planners, there would be haphazard and stunted growth of residential districts, mixed with businesses.  This would cause dangerous traffic and parking issues, not to mention noise pollution where people sleep.  Crime would increase, and natural resources would be contaminated or ignored. School districts would struggle to conduct logistically coherent transportation of students to keep enrollments equal in schools that share academic and extracurricular competition.