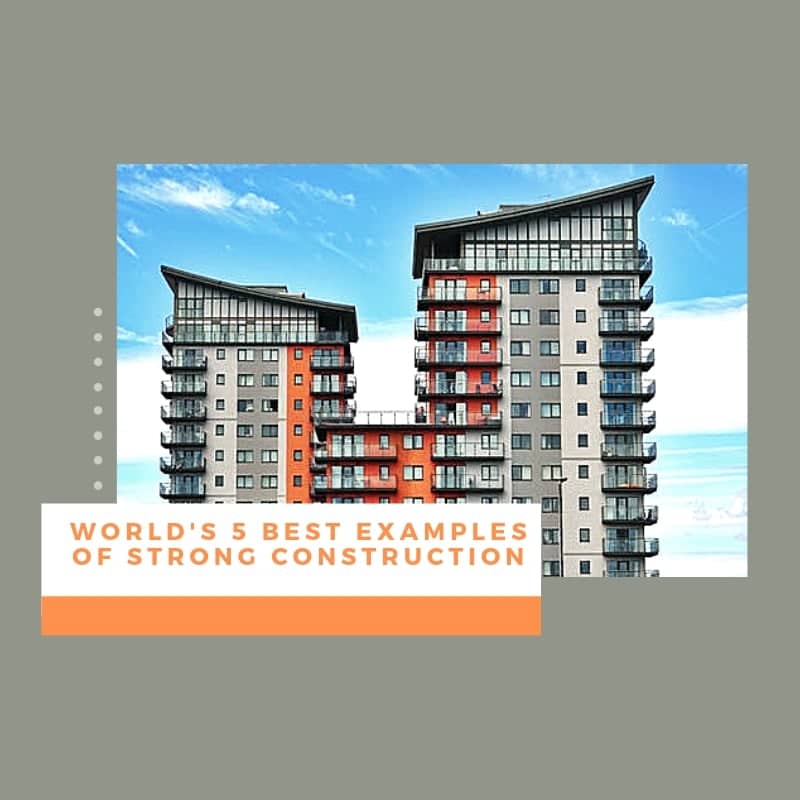 Remember your 8th-grade bridge-building project?  Toothpicks or popsicle sticks and glue were all you could use to build your model of a bridge to hold as much weight as possible.  On the day of weighing, you and your proud classmates watched, eyes agog, as the teacher placed increasing amounts of weight on the bridges, one by one, until they collapsed.  You prayed that your home-spun engineering paid off. Somewhere, one of those kids with the winning bridge construction may have participated in the design of one of the world’s toughest buildings.  They are famous for their abilities to withstand devastating earthquakes, hurricane-speed winds, and floods.  Below, are five of the world’s best examples of strong construction.

Among these engineering marvels from Asia, Mexico, Europe, and the United States, you might be surprised to learn that one of these examples of strong construction is in good-old Salt Lake City, Utah!

As great as humans and technology are, they can’t stop Mother Nature.  The tornadoes, floods, hurricanes, and earthquakes will continue to wreak havoc, but there are some amazing buildings tough enough to stave them off.

Honoring its name, this building is built to practice what it preaches.  Salt Lake City sits on a large fault line and so is prone to earthquake devastation (7+ on Richter Scale), though the populous has been spared, thus far.  Experts say that not only will the building survive a 7.5 earthquake, but also it will be entirely functional and intact afterward.

In the event of a world-wide disaster, the earth would be hard-pressed to recover its agricultural abilities to feed and prosper the survivors.  For this purpose, the Norwegians built an incredible storage vault for all the genetic codes and seeds necessary to nourish future mankind. The Spitsbergen vault is in a very cold climate, enhancing preservation of the seeds, and its construction has enough concrete and steel to withstand nuclear attack.  It has already stood strong in a 6.2 earthquake. It was built to outlive even the Great Pyramid of Giza!

Mexico is no stranger to earthquakes.  The most recent devastation was the 2014 Guerrero Earthquake, a 7.2 in magnitude.  Built in 2003, the Torre Mayor was the tallest in Latin America and is one of the most earthquake-proof constructions on the planet, able to withstand an 8.5 quake.  Soon after completion, the region was hit hard by a 7.6 quake, but this construction blew it off like a feather on its forearm.  What’s more, the workers inside didn’t even feel the tremors!

Construction of The One World Trade Centre, New York City

In response to the 2001 terrorist attacks, this beauty was built to be prepared for any future attacks.  The construction’s façade is made of steel panels and blast-resistant glass.  It’s also engineered to resist attacks at ground level. The One World Trade Centre is the tallest in the Western Hemisphere and six tallest in the world.  Durable concrete is designed to laugh at powerful winds. It was completed in 2015 with architecture by David Childs.

Eastern China gets hit often by extremely strong winds and flooding, so architects of the Shanghai Tower implemented strategies to deflect even hurricanes.  In 2012, Typhoon Haikui hit Eastern China, knocking out electricity and transportation. The Shanghai Tower reaches up 2073 feet, and its twisting face reduces the impact of strong winds by 24%.  The genius part is that the tower consists of 25% less steel than other skyscrapers of similar size.