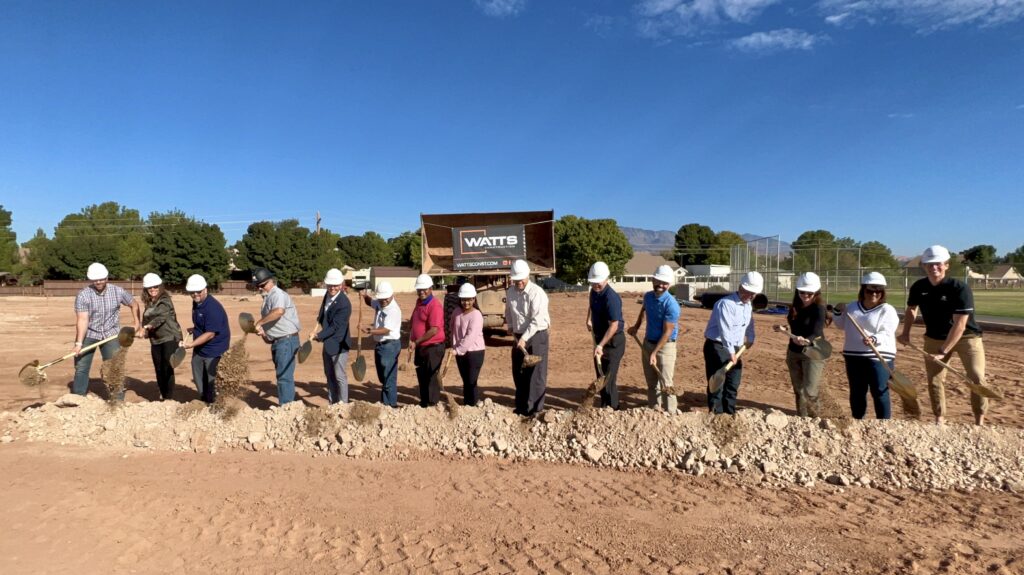 St. George, Utah – A new luxury office building on Merrill Road broke ground at a public ceremony on Friday, October 21, at 10:00 am.

City officials, the business community, and the public attended and learned more about the new building and what it will bring to Washington City. Mayor Kress Staheli spoke, along with others involved in the project. The development team on the project includes local realtors Greg Whitehead and Gregg McArthur.

“We are super excited for the opportunity to construct this office building here in the Washington Fields area,” said McArthur. “We think this location will perfectly serve the public in an area that is close to homes and in such a beautiful area.”

The steel-framed building will have three floors of Class A office space with an upgraded exterior façade. At 30,000 square feet, it will be the largest office building in Washington City. There will be leasable office space ranging from 2,500 to 10,000 square feet. The spaces are currently available for pre-lease and will offer a generous TI allowance.

As McArthur mentioned, the building is in a prime location, across from Lin’s and next to the Washington Fields neighborhoods. As a nice perk for the community, there will also be a part of the parking lot dedicated as space for local food trucks.

“This is going to be a great addition to Washington City, and we are excited to be building it,” said Watts CEO Chris Boudrero. “We’re happy to be working with this project team which includes the ownership group, Desert Edge Architecture, the city of Washington, and our subcontractors.”

The groundbreaking ceremony took place onsite at the corner of Merrill Road and S Sandia Drive in Washington.

Watts Construction is a local commercial general contractor. They were founded in 1968 and have been located in St. George, Utah, since 1984. Watts provides construction management services starting at any point in the development process. They build commercial, hospitality, civic, senior living, and industrial projects. They are a key player in Southern Utah, having built many flagship structures in the community, including the Zion Factory Stores, Washington City Recreation Center, and the new Washington County Administration Building.

PHOTOS OF THE GROUNDBREAKING 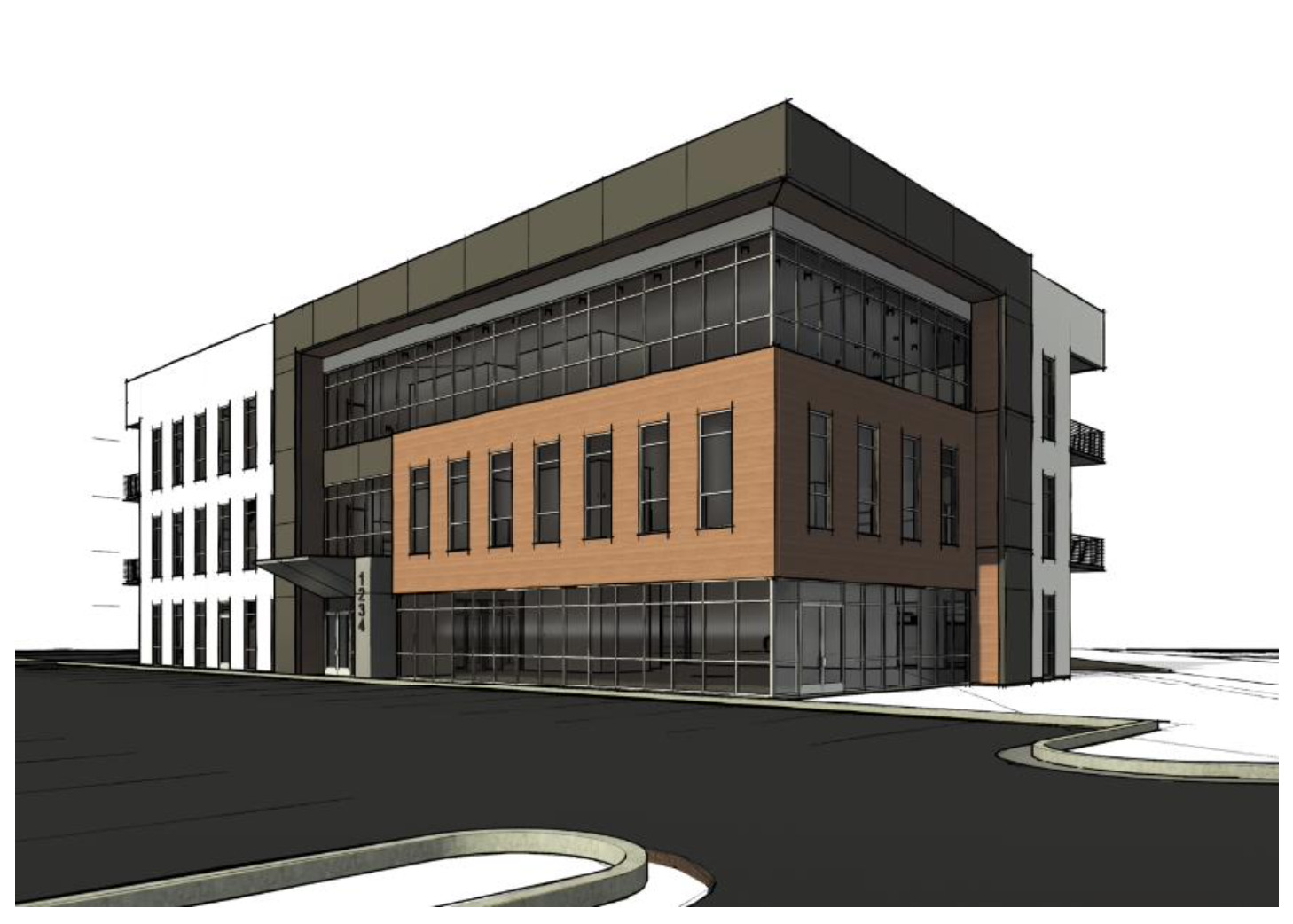 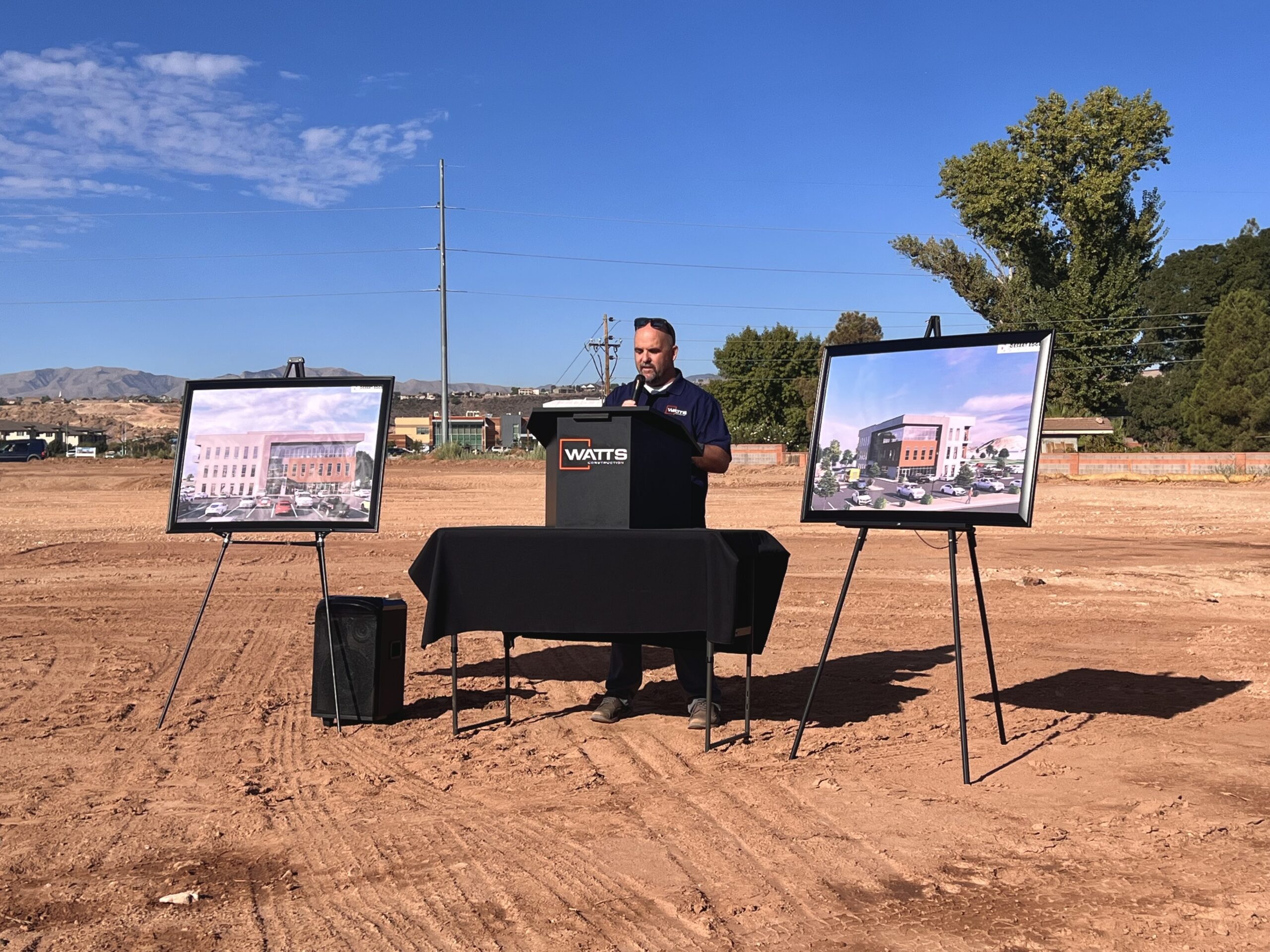 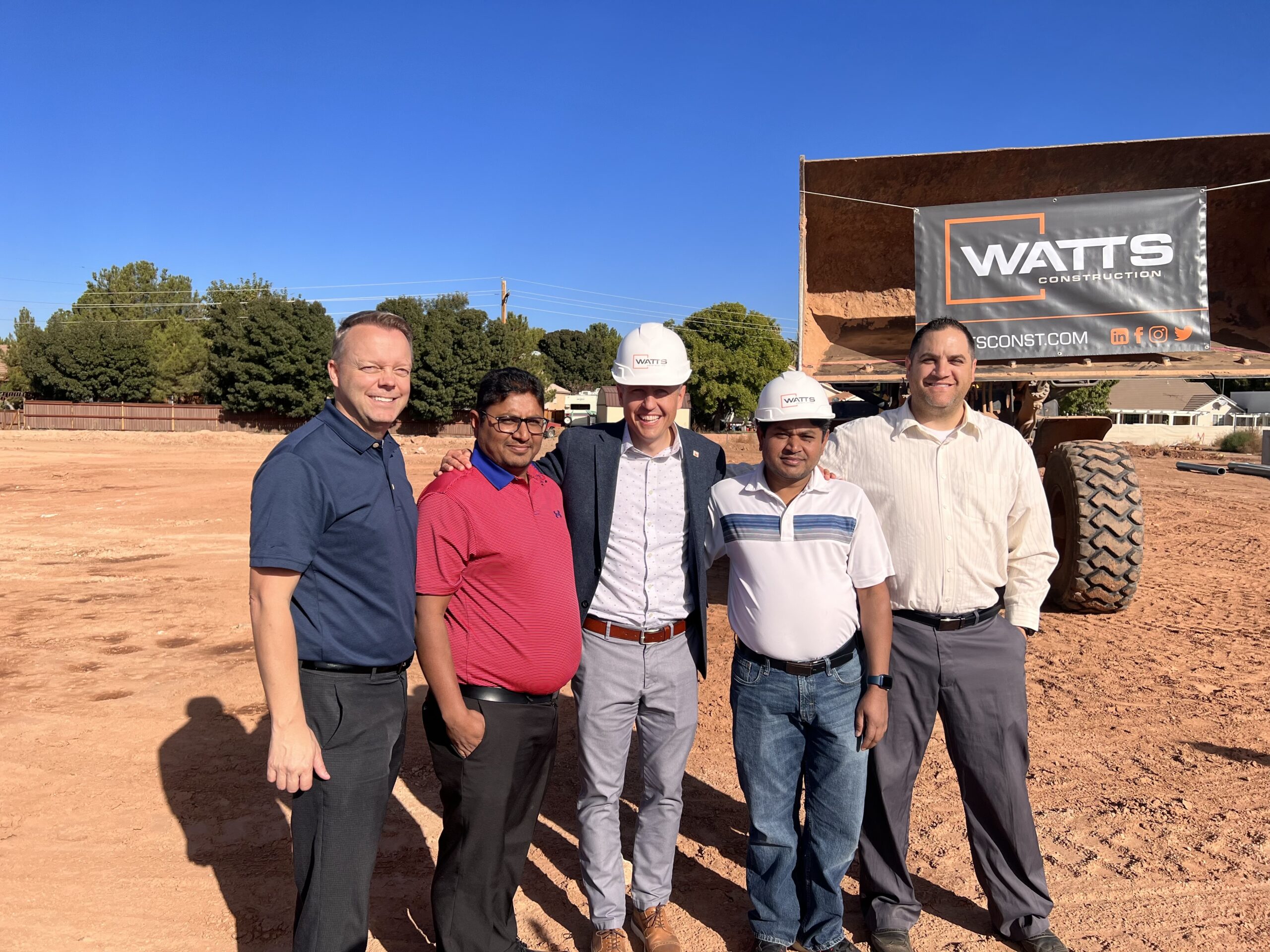 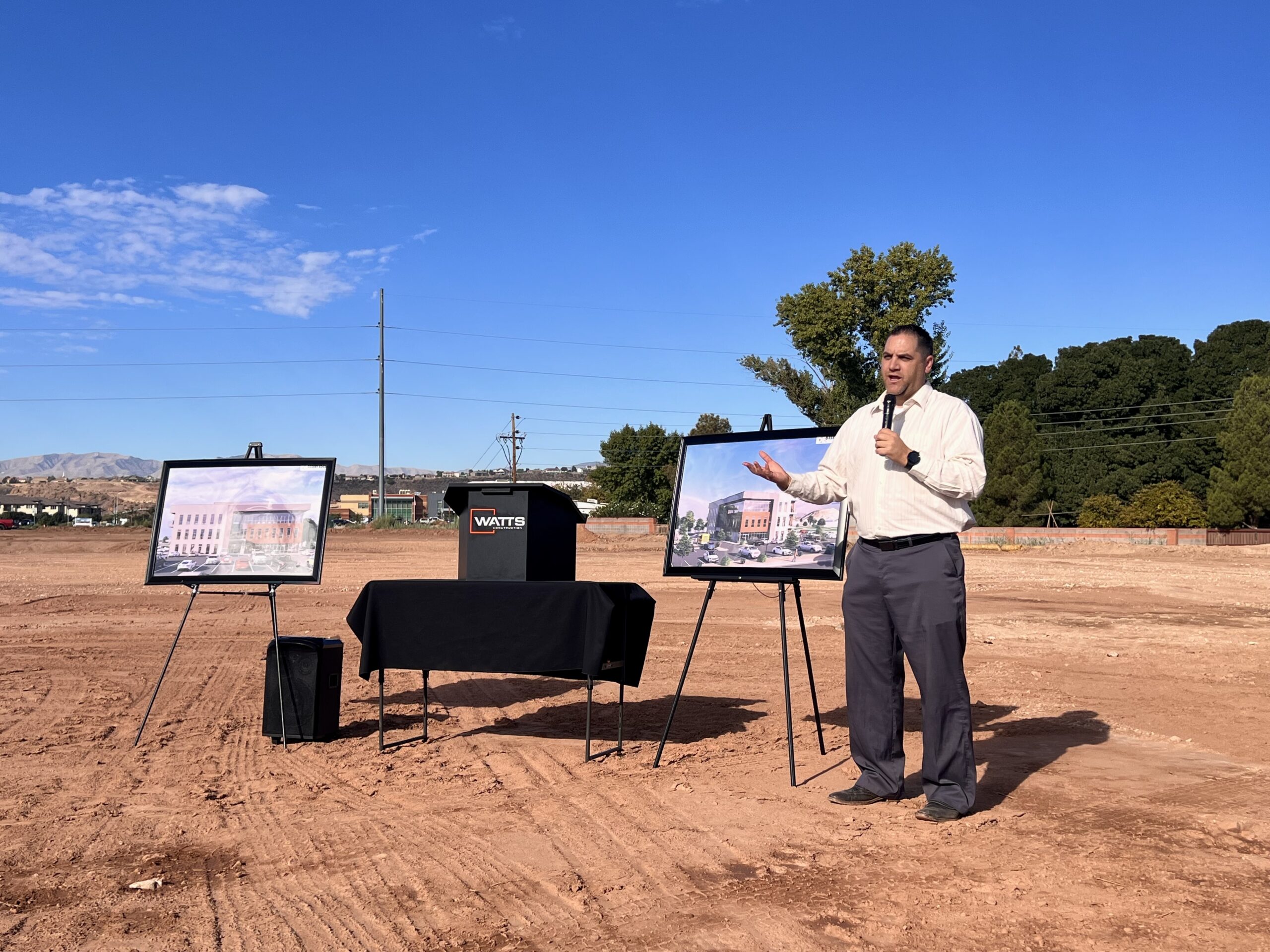 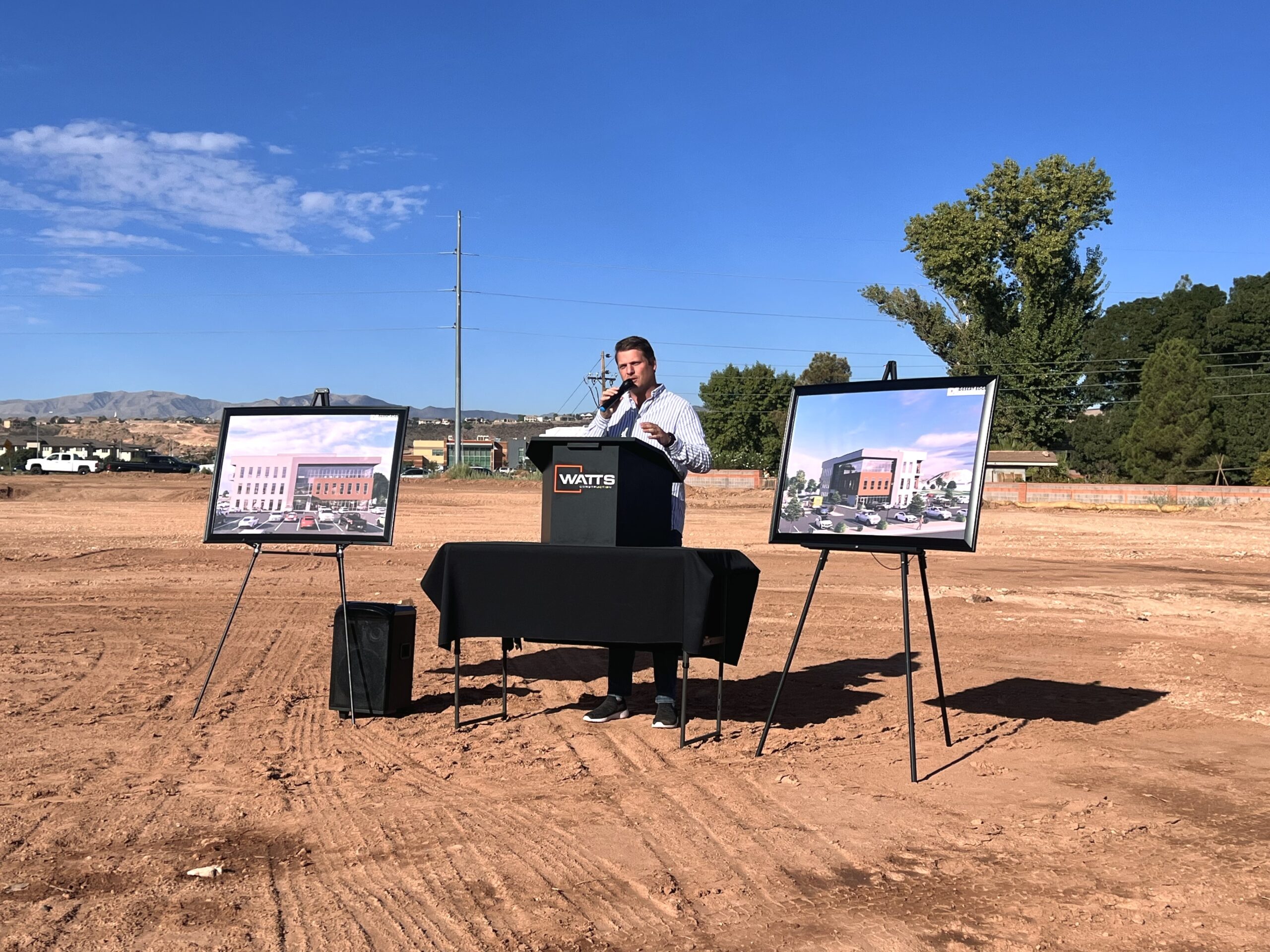 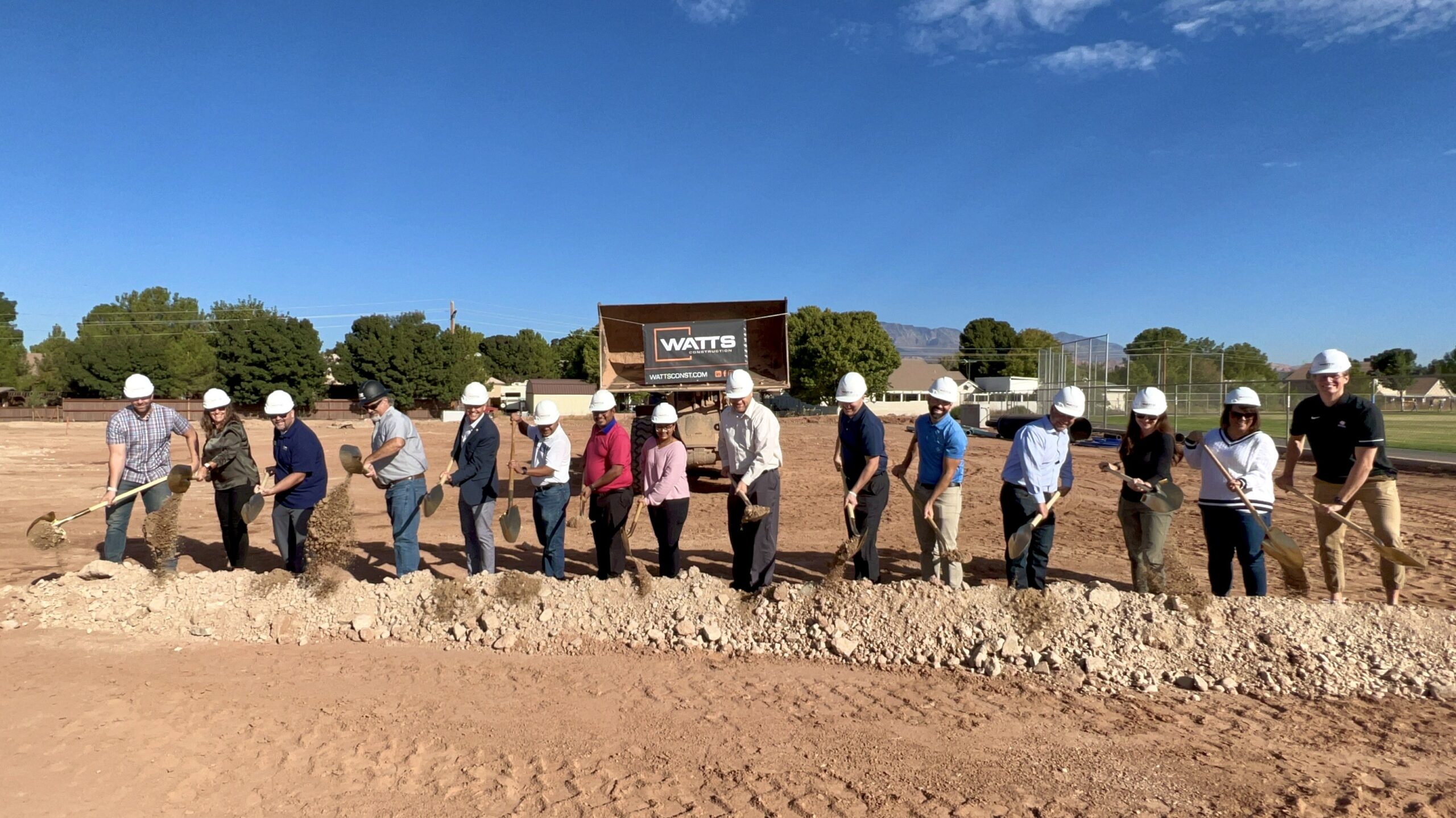 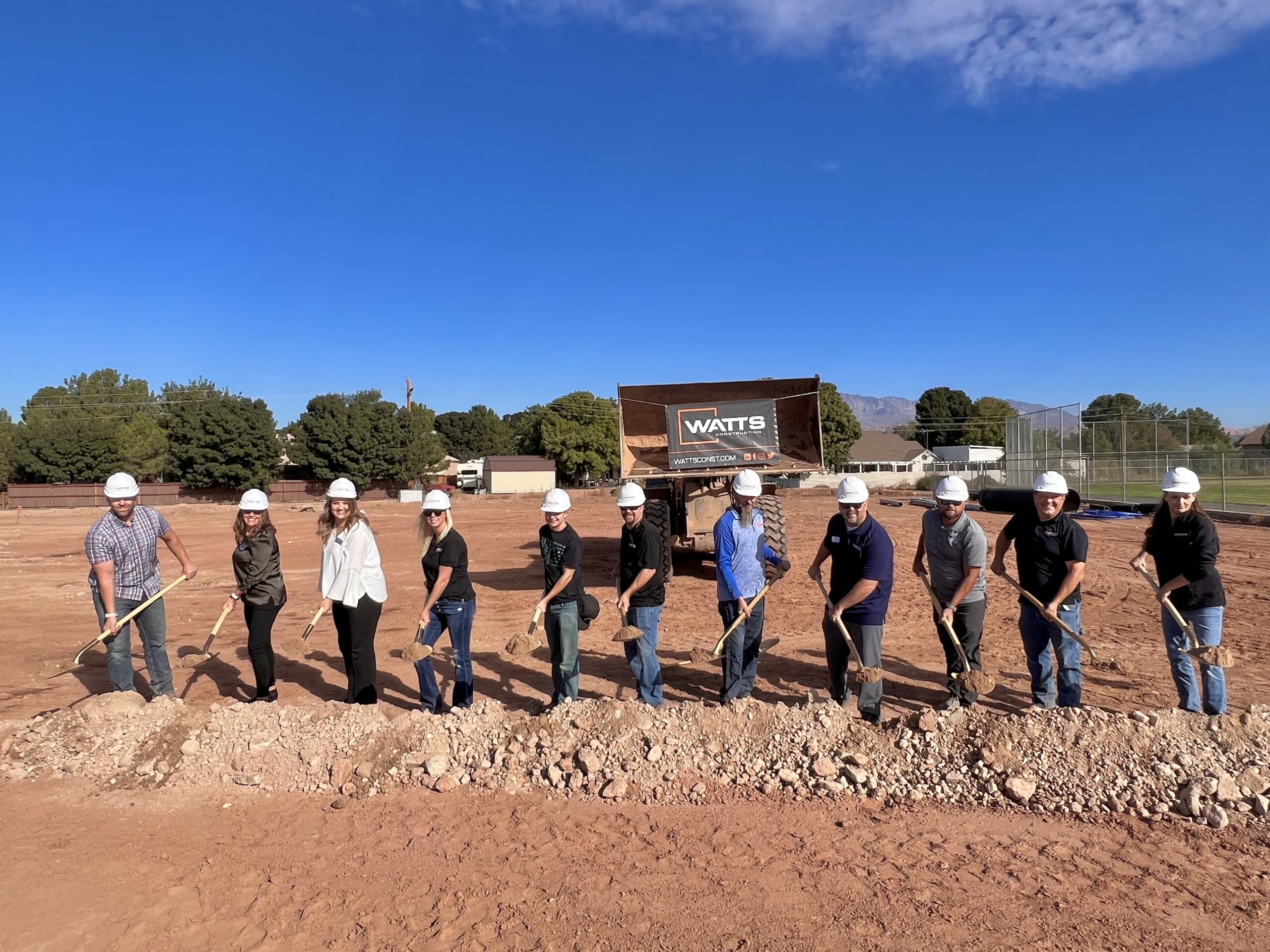